Wedding Photography Of Aravind And Susannah

Day one – On Tuesday  31st Jan -Viratham – The wedding rituals formally begin with prayers offered to ancestors to seek theirs and God’s blessings for the upcoming Wedding.

A sacred yellow thread tied on the wrists of the groom and bride. This thread believed to ward off all evil spirits and protect the couple to be.

On Tuesday 31st January Evening – The Procession – The groom starts his journey from the temple and leaves for the wedding venue in a decorated carriage. Family and friends of the groom form a procession to the wedding venue, often dancing and singing along the route.

On 31st January – The engagement ceremony – The bride’s family brings sacred Turmeric, Betal leaves, nuts and clothes for the groom. Then ‘Arathi’ performed , and a coconut broken, a ritual believed to ward off evil. On the raised platform , both families sit across each other and the written ” lagna patrika:, or marriage contract read aloud by the “priest”.

The document includes of both families, names of the bride and groom and the agreement that the marriage to be conducted the following and  assented to by both bride’s and groom’s parents.

Day Two – On Wednesday -1st Feb Morning – Kashi Yatrai – The groom dressed in the Traditional ” Panchakatcham” Veshtiu. He holds an umbrella, a fan, a walking stick, and a towel pack containing dhal and rice tied to his shoulder. He then sets off on a mock pilgrimage to Kashi to pursue further religious studies, and renounce worldly pursuits. As he steps out of the wedding hall, the bride’s father intervences and advocates for the superiority of married life to that of an ascetic.

He also promises to give his daughter as the bride and companion to him to mutually face life’s challenges. The groom accepts the offer and returns to the Mandapam, to get married. The umbrella remain with the groom , to remind him in future of this advice.

Maalai Maatral – The bride and groom  lifted on to the shoulders of their respective maternal uncles and exchange garlands especially relevant.

Oonjal – The couple made to sit on the ” Oonjal” which rocked gently. The swing’s oscillating motion a message to the couple that they must stay strong together during the challenges and joys of life.

Paaligai Seeds Sowing – This ritual invokes the blessing of guardian angels from eight directions for a healthy life and progeny to the couple also.

Muhurtham – The auspicious hour when the wedding sanctified with the Fire as god’s witness to the marriage. –

Kannika Dhanam – It symbolises the idea that a marriage needs both bride and groom to pull together, just as a bullock cart needs 2 animals to pull it evenly to make progress. spouses have to face their responsibilities together.

Mangalya Dharana – The groom fastens the “Mangalya Sutra” round the bride;s neck in three knots, symbolising the groom’s commitment to the marriage on three levels – at heart, by word, in deed.

Kankana Dhaaranam – The bride ties a string fastened to a piece of turmeric around the wrist of the bridegroom to bind each other by a religious vow. It’s the  only after tying the Kankanam that the bridegroom gets the right to touch the bride.

Sapthapadi – The bride and groom take seven steps around the sacred fire.  Finally at the beginning of each step, he recites a Vedic mantra seeking the blessings of Maha Vishnu.

Pala Dhanam – Gifts excahnged between the families of the bride and groom. No gift shall be taken without a return gesture, which merits the gift received.

Pradhana Homam – The couple go around the fire and feed it with ghee and twigs of nine types of holy trees as sacrificial fuel.

Ammi Midgitthal – Holding the bride’s left toe, the groom helps her to tread on a grindstone kept on the right side of the fire and slips silver rings on her toes.

Nachchathiram – This ritual symbolic that such virtues to be emulated throughout marital life.

Nalangu – It starts with the bride and the bridegroom being seated opposite each other. They apply turmeric on each other’s feet. The bride also takes yellow rice and waves it around her husband’s head and throws it away and this repeated three times and the ritual repeated by the husband, as a gesture to ward off ‘ evil’.

Mangala Arathi –  Finally a solution of lime and turmeric powder prepared on a plate, circled around before the couple and thrown away to ward off evil..

The entire 2 days were filled with traditions, love and happiness. Hence  Thank you so much Aravind and Susannah for choosing us to capture your Traditional Iyer Wedding Photography. 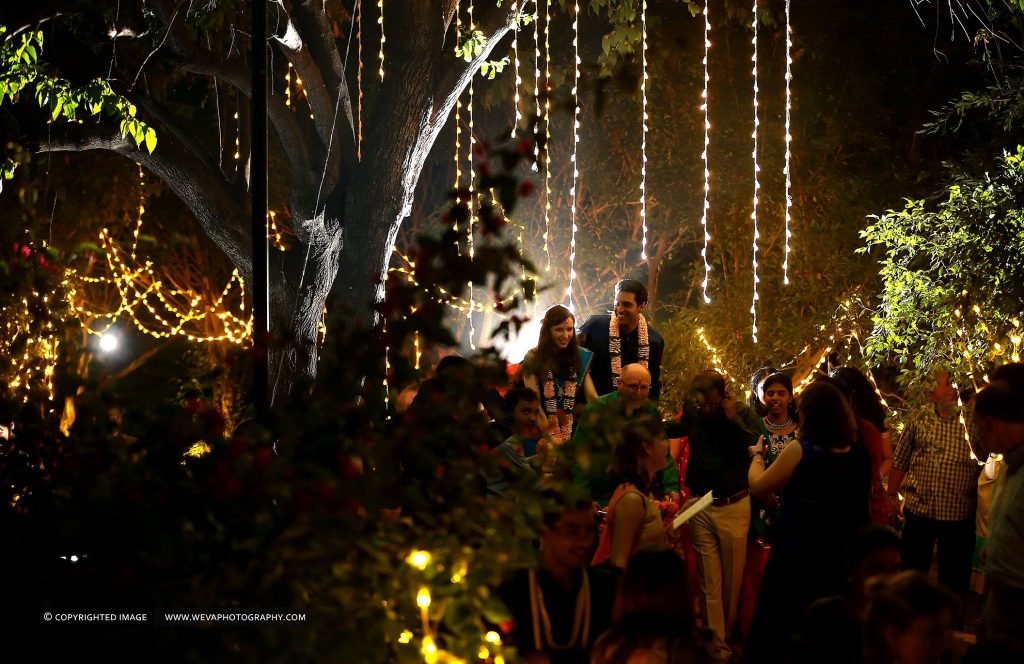 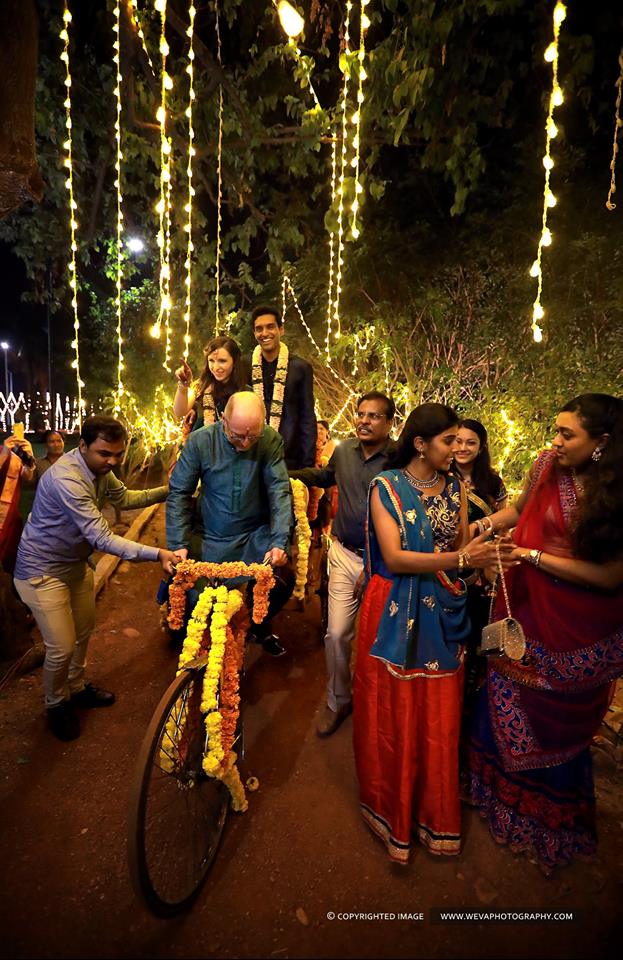 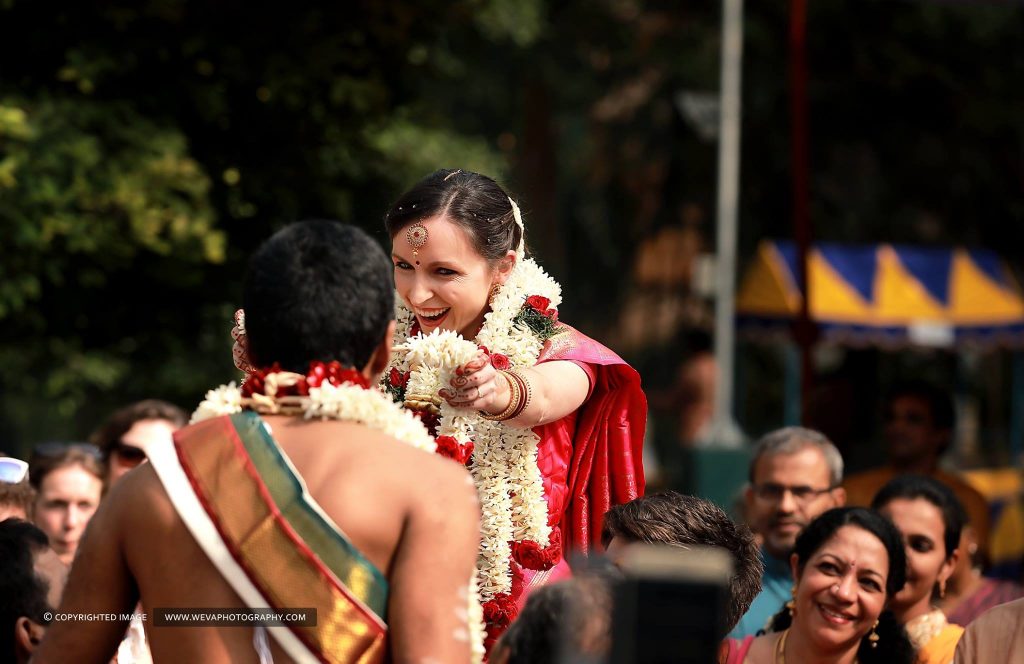 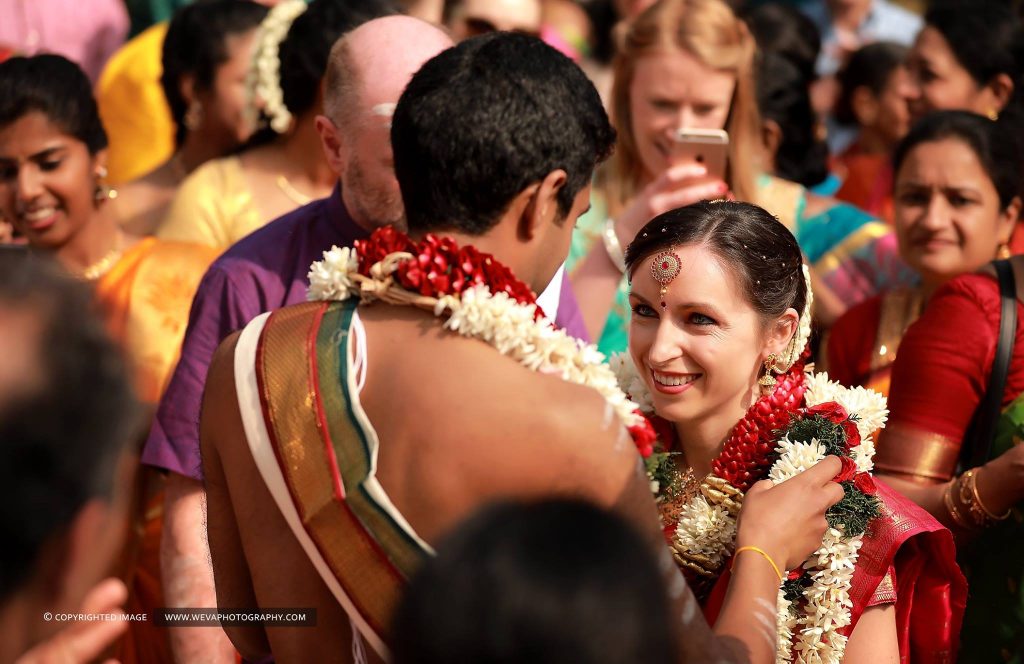 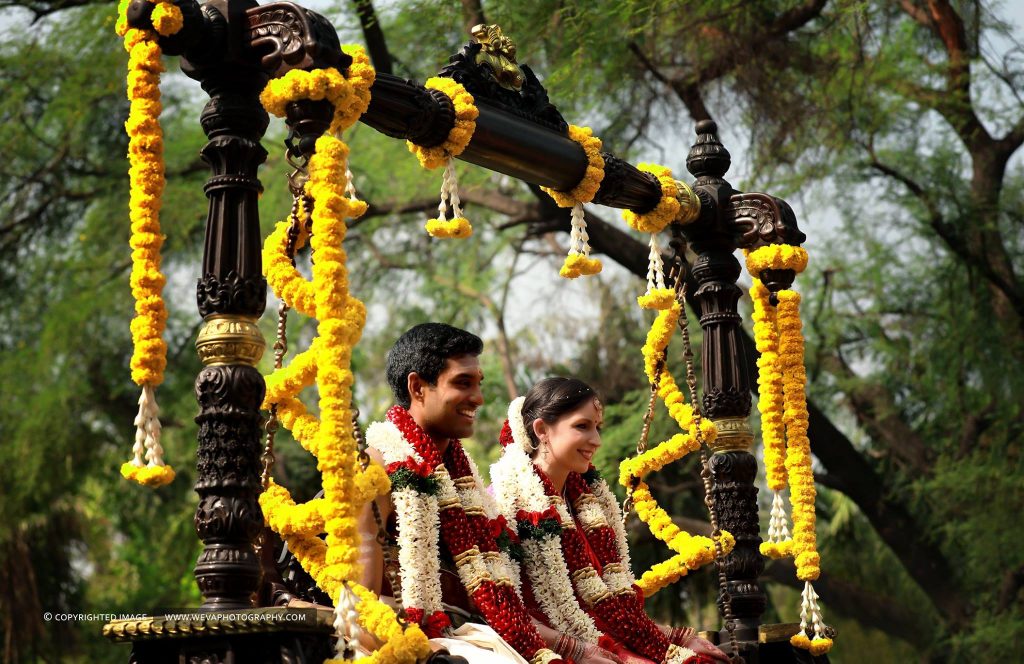 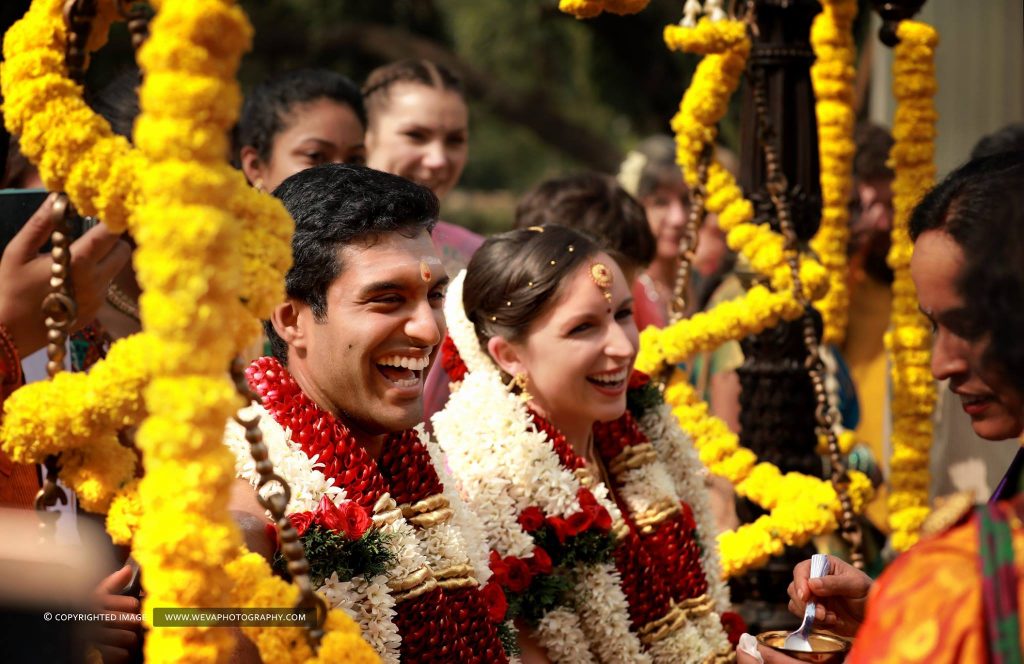 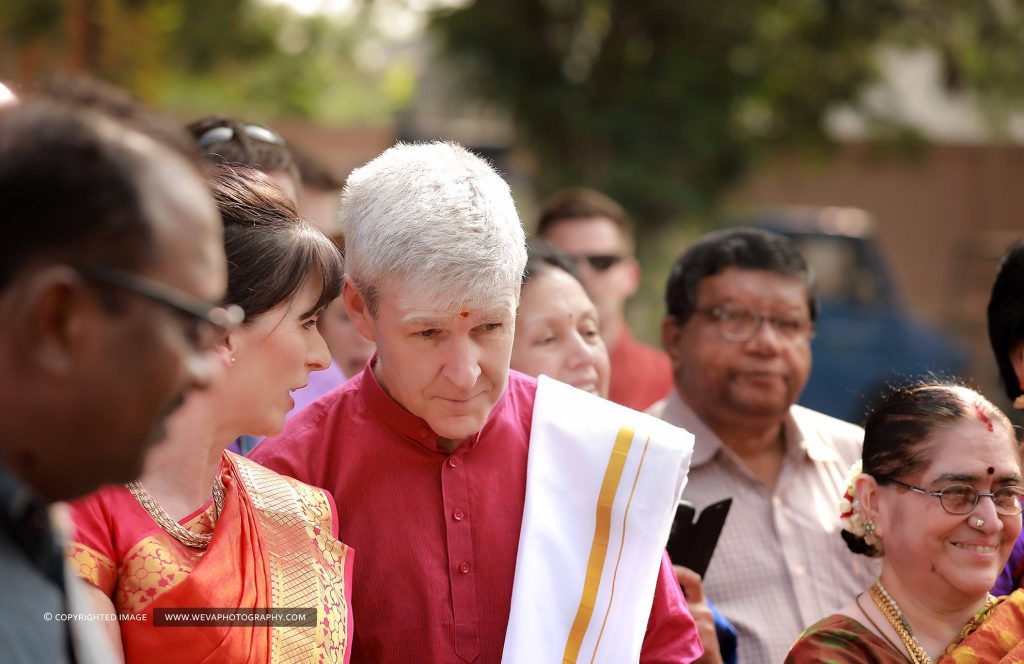 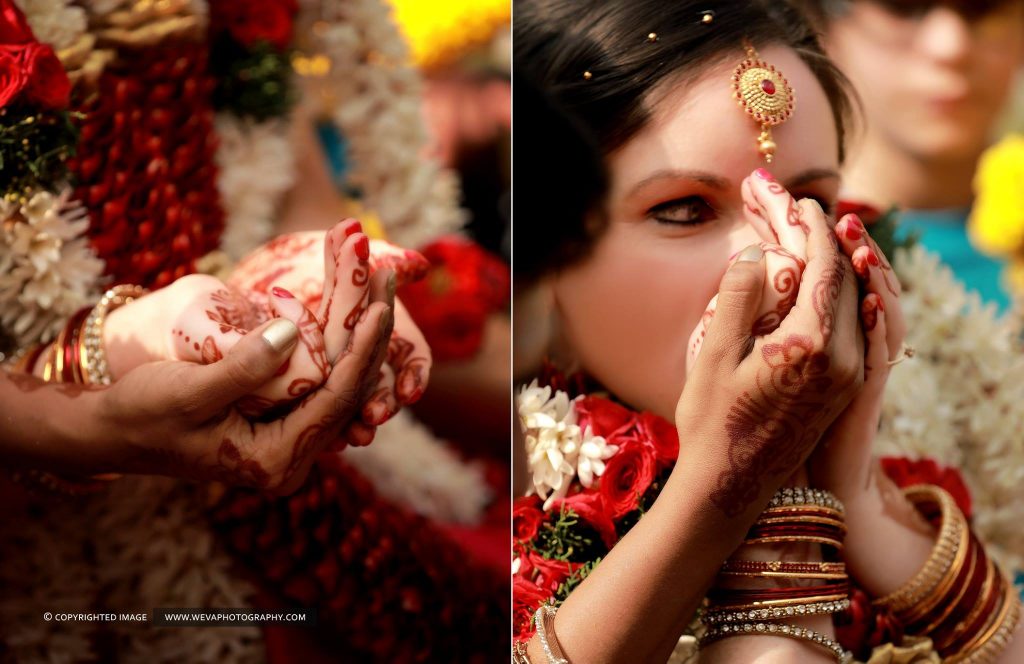 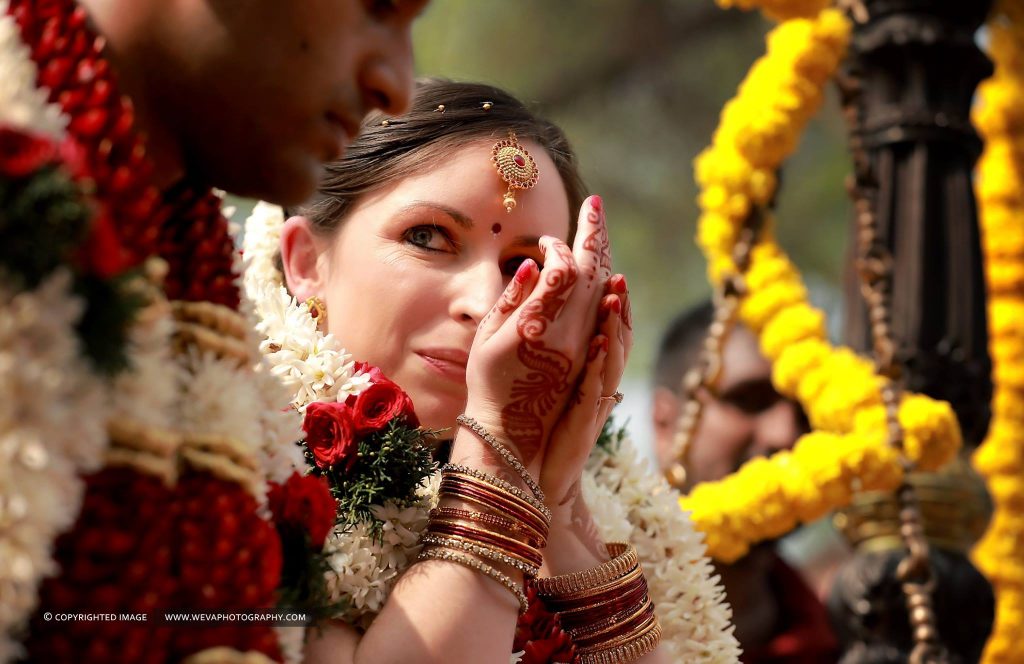 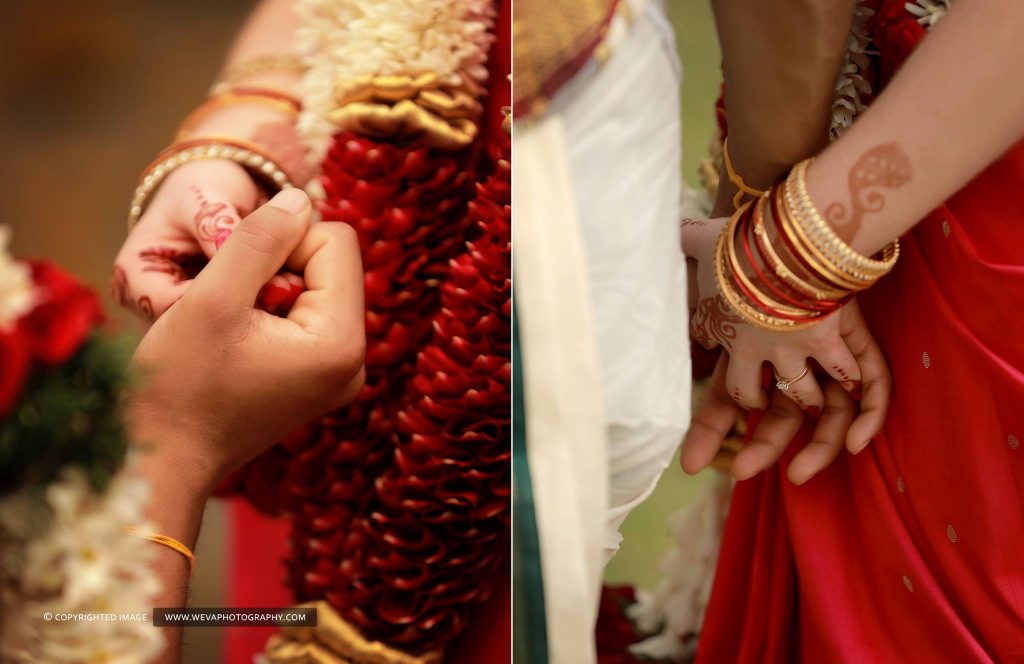 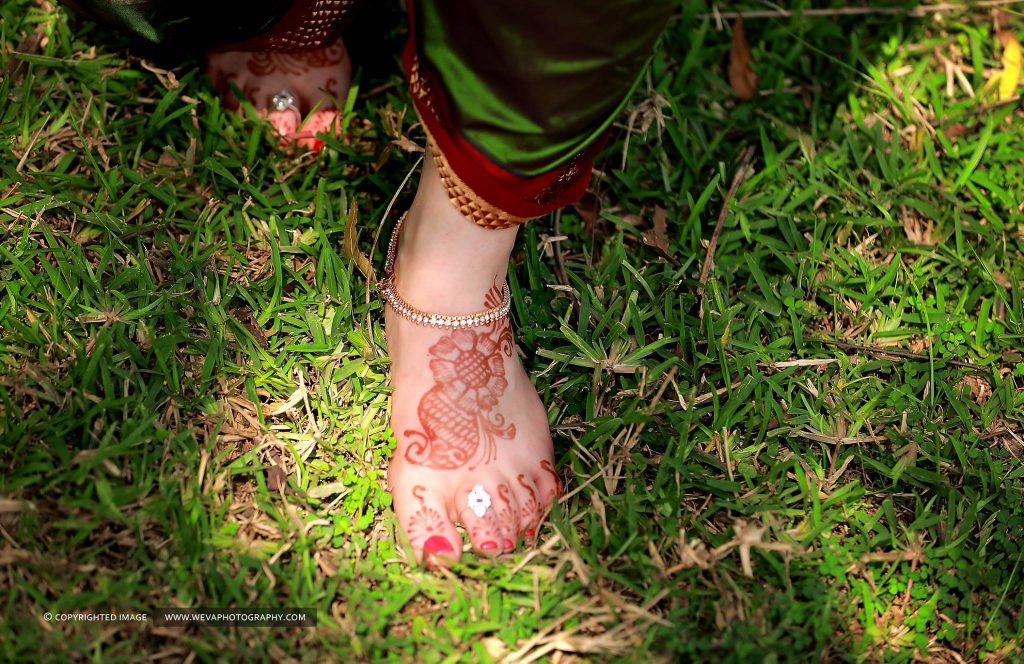 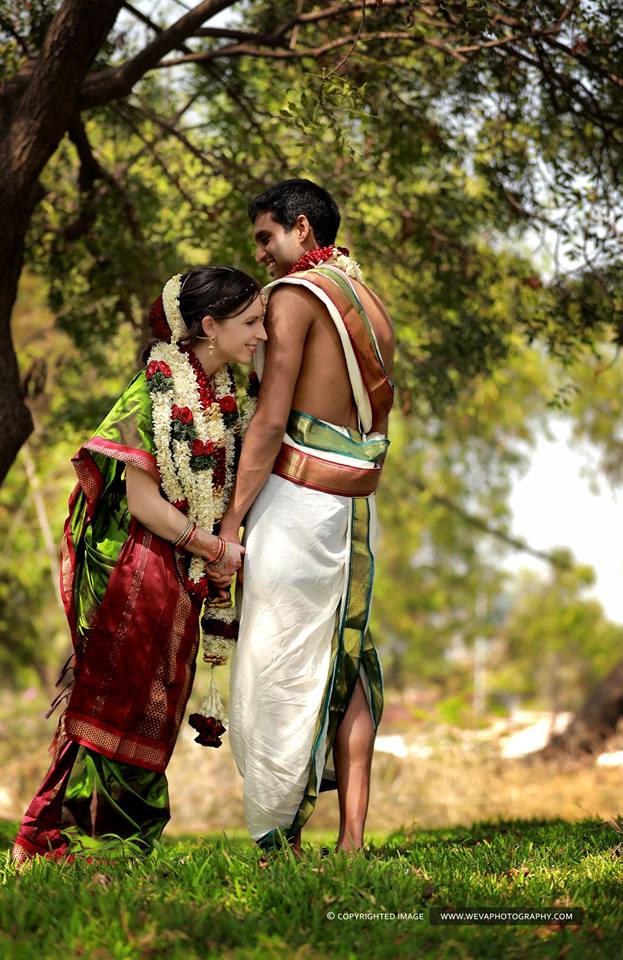 This site uses Akismet to reduce spam. Learn how your comment data is processed.

Get in touch with India's finest story telling based wedding photographers and videographers!